Let’s not forget Brussels. On our way from Paris to Amsterdam, we decided to stop in Brussels for a few days. Having never been there before, it seemed like a good idea. Brussels was different. When we got out of the train station we clearly had no clue where to go. We did notice right away more English was spoken. After weighing our options and getting our bearings, we found the taxis. 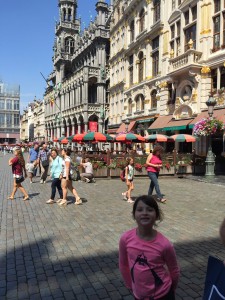